Chemical Film or “Chromate” is a chemical process that produces a protective chromate conversion film on aluminum and aluminum alloys. Chem-Film is a widely used process for the protection on aluminum.  (It is also known by brand names Alodine® and Irridite®.) Chromate coatings can be used as a finial finish or can also serve as a base for paints, high performance topcoats, powder coats, lacquers, or as a base for rubber bonding. It can also be used in conjunction with masking of an anodized finish for conductivity properties.

Traditional Hexavalent chem-film can be applied on the aluminum surface with or without color to form a surface corrosion resistant film when it is dried.  Typical color specification (class) for traditional hexavalent chromate is either “clear” or “gold”.
(per Mil-C-5541) Chemfilm “Classification”  is determined by the exposure time of the aluminum part to the Chemical Film solution, where darker/more yellow coatings spend more time in the solution for greater corrosion protection.

ROHS chem-film does not contain Lead, Cadmium, Chromium (hexavalent or trivalent), Mercury or PBB/PBDE compounds, and is a more environmentally friendly option that produces a protective conversion coating on aluminum and it’s alloys.
(per Mil-DTL-5541) ROHS chem-film  is always “clear” in color, but longer exposure to the solution can make the coat more visibly discernible in daylight, while providing corrosion protection.

“Alodine” (Chem Film) vs. Anodize
Alodine is a trade name for chemical conversion coating of aluminum (also called “chem film” or “chemical conversion coating”). Because the name sounds like anodize, there is sometimes confusion between the two coatings. While both are conversion coatings, chem film is much thinner than anodizing and is also created by immersion but without use of electrical current. Unlike anodizing, chem films (which are commonly seen in gold or ROHS clear versions) provide a conductive coating, and are sometimes used in conjunction with masking in anodized parts. The coating provides corrosion protection and also is an excellent base primer for paints. 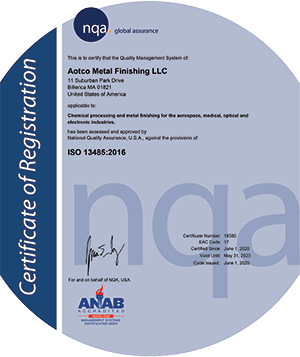 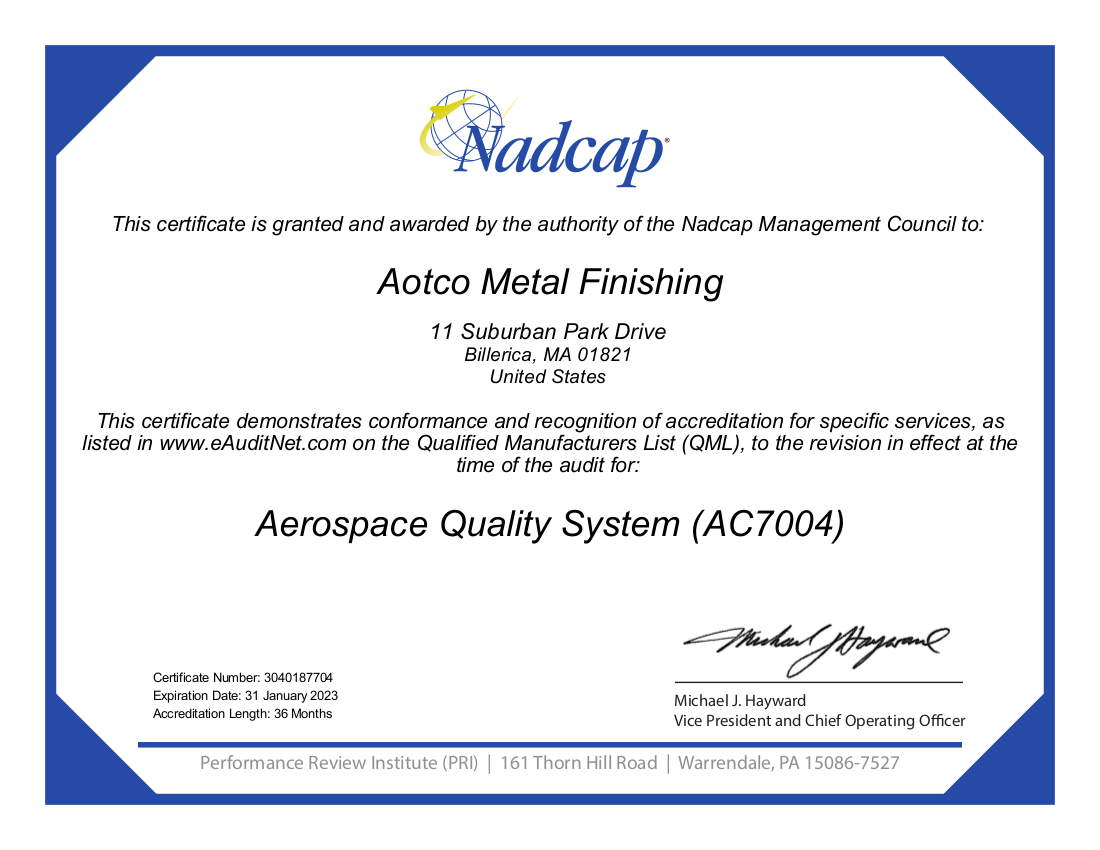 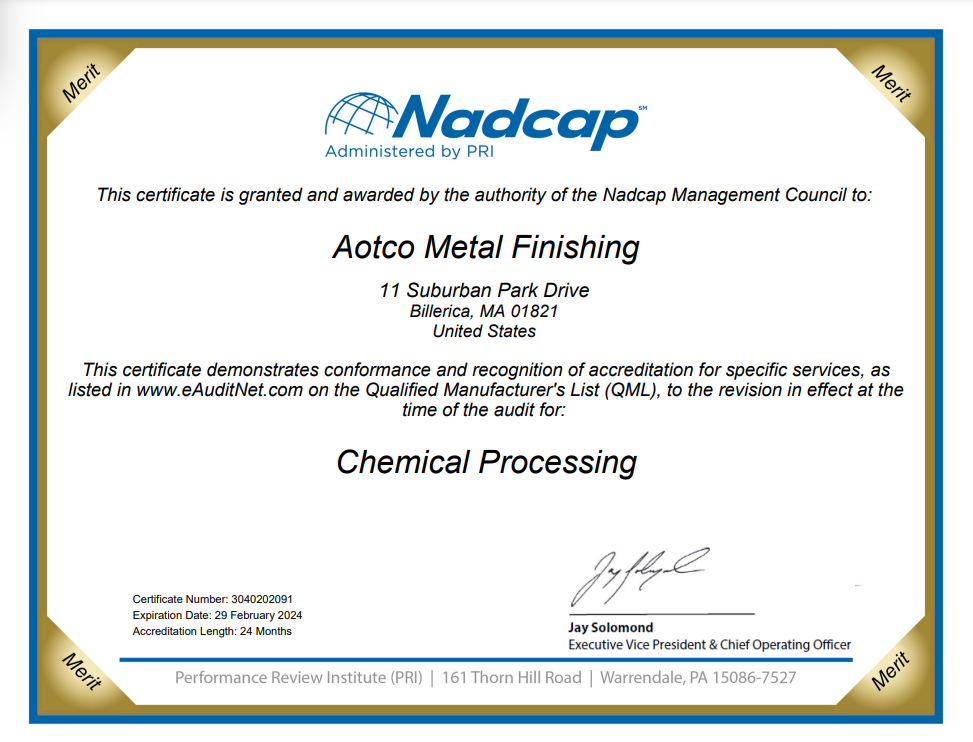 Since 1975 AOTCO Metal Finishing LLC stands out in a field that demands strict adherence to customer requirements in metal plating.